In simple words, a blockchain is nothing but a database. The blockchain is secured with the cryptographic public and private keys and the blockchain is stored in a digital recorded while distributed and updated sequentially. To understand in an easy language, it is a linear group of blocks which keeps the data and connected to the next block and to the complete network which is used by the organisation.

Ledger is the term which is used for the chain of blocks. Everyone using the network and who is a participant can see the information which is being transferred. Just like databases, if anyone wants to update any record, the user needs to have the necessary permission to update the record.

A database structures its data into tables, while a blockchain structures its data into chunks that are termed as blocks which are chained together. With the help of a chain, the blockchain works as a database but the blockchain is not only about databases. When applied in a decentralised manner, this method often inevitably renders an irreversible timeline of the information. When a block is complete, filled with the transaction therefore it will become part of the timeline. When it is added to the chain, every block in the chain is given an exact timestamp. Whenever the entry is added in the blockchain, a timestamp is added with the entry for easier tracking. 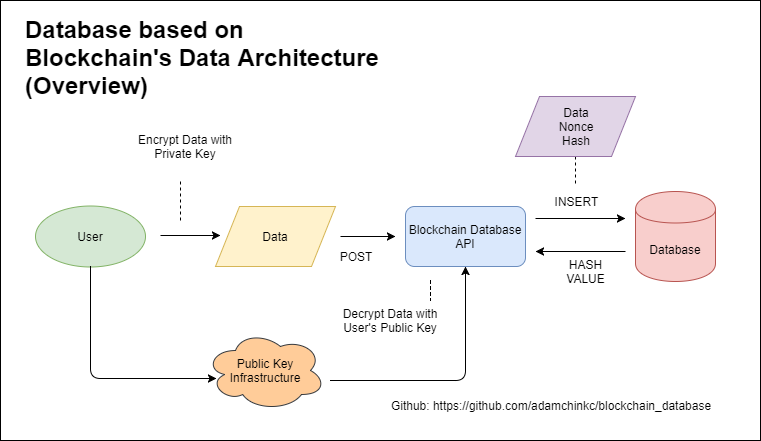 How the Blockchain is decentralized?

Ethereum will be made up by of computers ranging from thousands to tens of thousands may be up to million systems and they might not be located at the same location. These systems or computers can be located at different locations globally. All these machines will develop the Ethereum network and will be termed as nodes. All these systems and machine are managed by a person or group of individuals.

The Ethereum working model which we have discussed till now is a decentralized blockchain model as the Ethereum network or nodes are not owned and operated by a single entity, they are being managed by different people who are located at different locations. 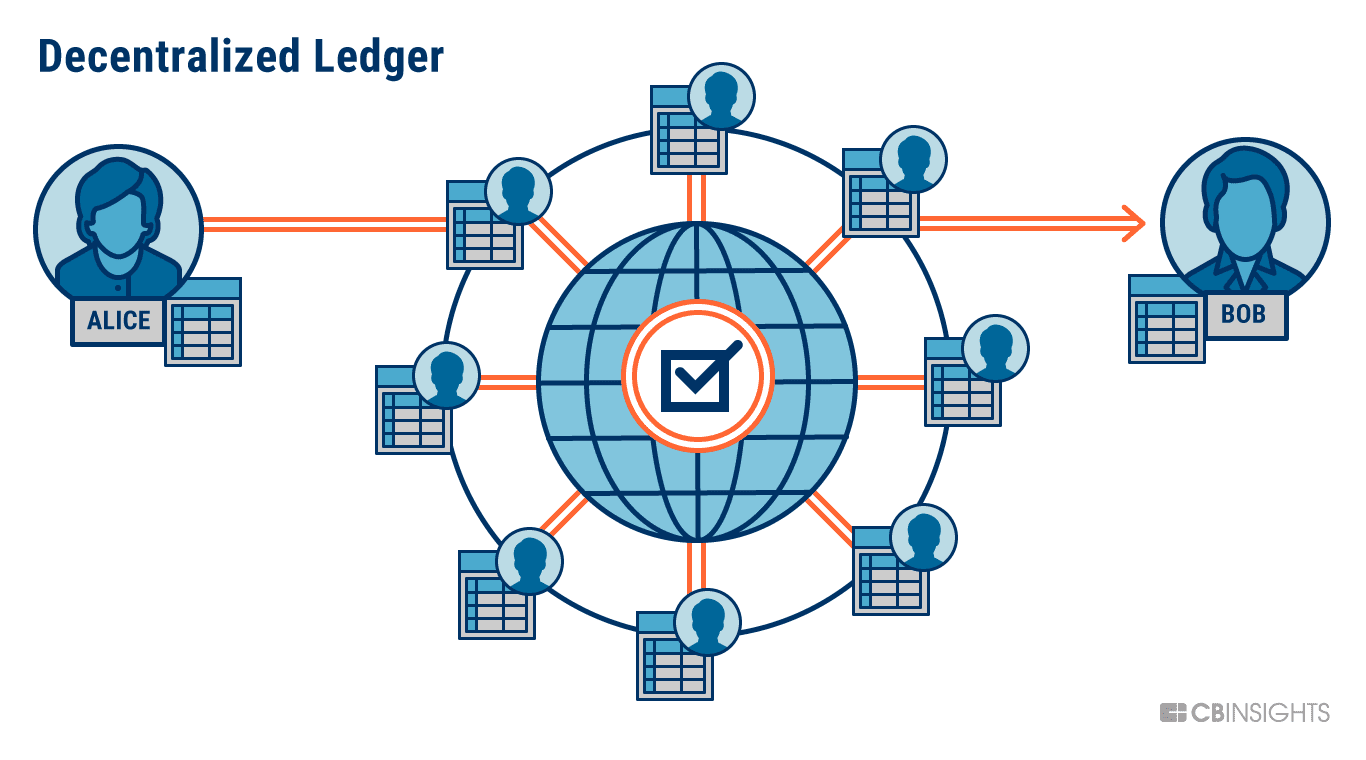 By using this technique in the blockchain technology, it will be very hard for any node to modify the data in the network. Due to this reason, in the Ethereum blockchain, the transaction history cannot be changed, therefore it is irreversible.

Somehow, by any chance, if anyone tries to alter the transaction records in the Ethereum Blockchain, the invalid information or data will be taken out very easily as all the nodes have the cross referencing mechanism. With all these built in mechanism which are present in the blockchain technology, it helps to become transparent and establish the records in the proper manner.

For the Ethereum, this data will be treated as transaction lists, but since it is blockchain and has the capability to hold many things, it can have diverse information such as stock keeping unit data, employment contracts etc. If anyone wants to alter or modify the data present in the Ethereum Blockchain, it will require a major share of the decentralized network power to complete the required modification. This will help to do the changes on the basis of the major share of the people.

What are the advantages of Blockchain?

Once every block has encrypted the operations such as copying, removing or editing is impossible, assuring the digital ledger’s integrity. Owing to the very existence of network decentralisation, central points of damage or failure within the application should never occur. With the lack of weak spots within the penetration testing or the hacking, there can be a reduced chance of a malicious attack. With the help of the penetration testing, the organisation can improve the security of their blockchain.

Open Source technology can be used by anyone without acquiring the license. As Blockchain is based on open source technology, entry barriers are very less which helps to contribute to a stronger base of developers and increased transparency. Instead of being a single entity or private property, open source software is freely shared, collaboratively created, transparently developed and distributed for the benefit of the community in order to generate income. In the open source software development process, no one person or organisation creates, sells or owns software that eliminates any deadlocks.

As the identity of the user is always secret, via a safe network, anyone can freely deal with someone else. Confidentiality and payment security are one of the major advantages for which the blockchain technology is used. For several purposes, it is important for participants to preserve privacy and anonymity. The address is given out for any transaction on centralised networks, which means hackers can find out the information of the user.

Blockchain has the benefit of being simple to use it and quickly with seamless integration. Because of the absence of middlemen, the movement of data or money is smoother. Transactions of enormous volume in conventional banks take many days to complete due to various protocols or software transition. In addition, financial institutions have established operating hours, although online transactions in some countries are often not permitted on holidays. The blockchain technology is available throughout the day, month and year which means that payment transactions can easily be done at any point of time.

In a public, decentralised ledger, it is easy for people to confirm and monitor transactions. The complete history of transfers can be seen by any person. Besides, any modification of data is extremely difficult for the programme, which is open source. Everyone is watching the network, any modification is sure to be seen in the logged data, adding to the blockchain’s transparency and protection.

What are disadvantages of Blockchain?

Blockchains are highly inefficient if they are using proof of work. Proof of work is the mechanism which ensures that there is not double spending during the transaction. The double spend will trigger when the user spent the same funds are being spent more than once. As we know that the blockchain mining is a very competitive in nature and only there is 1 person who get the result, the work of the rest of the miners is wasted that too with the power.

As compared to the result, the development of another block, competing miners and massive mining facilities consume an unreasonable electric power. Blockchain mining doesn’t really make much sense at the moment where existing electricity production is a climatic problem.

The major difference lies here. Hypothetically, 1/1000 of the miners existed, hence 1/1000 of power would have been consumed, then the Ethereum will be good to go as per the current scenario. Every ten minutes, a new block will be in production, it will undertake the same amount of transaction it was doing earlier and at the same speed. For all businesses considering blockchain technology, energy use should be a primary concern and problem for all the organisations. It is not easy to grasp the ‘energy chain’ in all its facets.

Some claim that Bitcoins are the best form of currency and therefore the perception is same towards the technology of Blockchain. Still, it is said that over the whole network, only about seven transactions will occur per second. The system is decentralized, as we mentioned, and it is important to validate the transactions taking place under each nodes. There is constraint on the number of transactions per node hence we have the scalability concern. Sometime, the users can often have to spend several hours completing their procedures. If we compare the blockchain technology with the banking process, the banking mechanism is more scalable, flexible and rapid then the blockchain.

What are the applications of Blockchain?

Whenever it comes to handling distribution networks, Blockchain is also especially useful. Company should be allowed to easily detect shortfalls within their production processes by eliminating paper-based tracks, as well as to track products in real time. In addition, blockchain will allow companies, and probably even customers, to see how goods performed from a quality-control perspective as they moved to the retailer from their point of origin.

Since everything is going digital now and due to Covid-19 we saw an exponential growth of transition towards the digital platform. Since now we have an extensive digital platform there can be issues with the copyright and ownership laws. If we switch to blockchain technology, the security measures are more enhanced and the content developer, artist or music producer etc., can have assurances that they can have a fair amount of share. The blockchain technology will display us the real time results.

With the help of the blockchain technology, the experience of the customer can be enhanced extensively introduction of the loyalty points or rewards. By developing a mechanism to generate rewards and storing that as a token in the blockchain, it will boost the customers morale and motivate them to stay loyal. The blockchain will help to provide the incentive program whenever the consumer return to the vendor house. Therefore, it will also abolish the scamming reward campaigns which are being promoted by the hackers.

Cryptocurrency IOTA released a beta version of its Data Marketplace, showing that blockchain can be used as a marketplace to sell unused information or data. Since most business information is not used, blockchain may serve as an intermediary to stock and the exchange this information in order to provide the services to the diverse industries.

We know that the encryption is the basis of the blockchain technology which makes the blockchain exceptionally well in the money laundering scenario. The blockchain technology keeps the transactions records and saves them inside the nodes creating chain and will save each and every record that have taken place till date. Therefore “KYC” which stands for Know you customer, will help the business to identify the threats in real time with the help of dashboard monitoring and the organisation can detect the anomalies based on the graphs of the transaction.

Snowflake Tutorial: What You Need to Know

12 Advantages of Ruby as a Programming Language

Snowflake Tutorial: What You Need to Know

VMware Tutorial: Your Guide To Virtualization

A Beginner’s Guide To Cognitive Intelligence